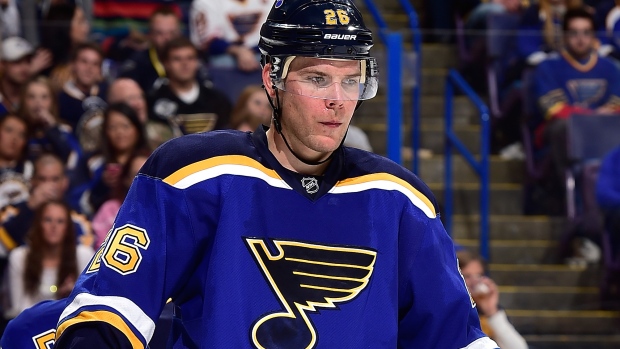 The St. Louis Blues placed veteran forward Paul Stastny on injured reserve with a broken right foot, the team announced Wednesday. He will be out at least five weeks with the injury.

The 29-year-old had one goal and four assists over five games this season with Blues, his second with the organization.