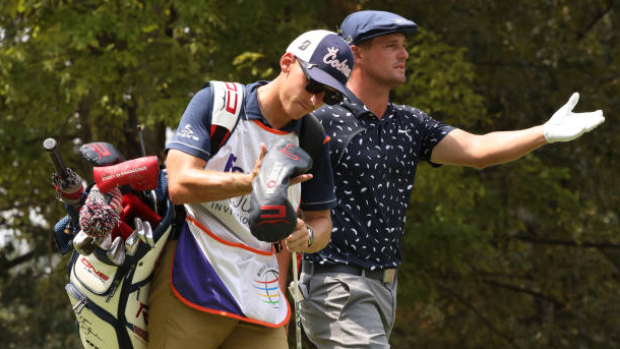 Three days after Bryson DeChambeau was taunted yet again with chants of “Brooksy,” several PGA Tour players spoke out on golf’s descent into near hooliganism.

It’s not quite reached the level of European soccer matches, but golf tournaments are becoming louder and meaner. Alcohol-infused rabble-rousers now loiter courses, unafraid to shout epithets at their least-liked golfer, cheering for them to miss and then rubbing their noses in it when they do.

Matters came to a head after the BMW Championship where DeChambeau was taunted most of the day and especially during the six-hole playoff against Patrick Cantlay. As he was exiting the course after losing on the sixth extra hole, there was a report that he confronted a fan who threw one last shot at him.

That was enough for the PGA Tour, which took a step to halt the disruptive behaviour. Commissioner Jay Monahan issued a message that anyone caught yelling “Brooksy” or anything else deemed disrespectful during play at a PGA event will be tossed from the tournament.

In some sense, the tour stepped in to do DeChambeau’s dirty work because he simply isn’t built to throw out a peace offering that might have ended or certainly mitigated the unruly behaviour.

“It's actually pretty sad to see because he, deep down, I think, is a nice person and all he wants to do is try to be the best golfer he can be,” said Rory McIlroy, one of the game’s smartest thinkers.

For McIlroy, the disruptive conduct comes because golf has been infected with the temperament of other sports. Fans who yell and scream and taunt baseball, hockey and football players are showing up at golf tournaments and doing the same thing, assuming that’s standard practice. But golf, he believes, is different.

In some ways, golf’s top thinkers can only blame themselves. They’ve done all they can to encourage the less-than-hardcore fan to show up at PGA Tour events. They need those folks to buy tickets and patronize beer tents and attend on-site rock concerts and buy souvenirs.

They’ve turned golf tournaments into events with more to do than stand behind the yellow ropes. If they were surprised that these new fans include bellowing beer-guzzlers who don’t know the proper etiquette, then they were in the minority.

So, golf is caught in somewhat of a trap. It wants the closeness and the decorum that has always been there. It wants thousands of people to stand quietly and motionless while a player swings. It wants them to burst into cheering when a miraculous shot is played.

But it also wants to grow its audience with those who aren’t fully cognizant of the history, the rules and the respect that’s due.

These newbies want to yell “Mashed Potato” and scream “Brooksy” just so they can get under the skin of anyone. They want to act as they do at other sporting events, but that doesn’t cut it with the performers who don’t have the same protection.

“I think there's a respect level in golf and there's intimacy that the fans can get so, so close to you,” said Cantlay, who got a first-hand experience of the afternoon of insults being lobbed at DeChambeau.

Outside of the Ryder Cup or Presidents Cup, golfers don’t get home games. Their tormentors can be there every week for every swing. They aren’t there in huge numbers, but it is enough to make things uncomfortable.

The tour’s edict to ban the “Brooksy” will probably calm matters, but it won’t end the ripples. You can bet it will be heard this week at East Lake and probably into next year. But it may slow them to a trickle.

That’s good, but the bigger problem of how to mix the traditional with the new-age atmosphere remains. Only Augusta National has the ability to dictate how Masters patrons act. It won’t even let fans take their shoes off, let alone yell a discouraging word.

The PGA Tour doesn’t want to end the fun, the bevvies and party-like atmosphere. But it may be tough to eliminate the buffoons while still ensuring that there’s a golf tournament going on.