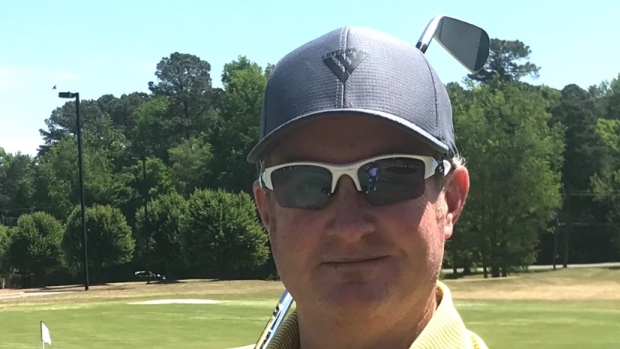 What started as a fun shot at a well-worn golf glove has turned into an innovative business for one of Canada’s most noted golf professionals.

Brad Fritsch, who has plied his trade on the PGA Tour, Korn Ferry Tour, Mackenzie Tour-PGA Tour Canada and European Tour over his career, is one of the principals in Red Rooster Golf, a start-up company that is trying to change the way consumers get their gear.

“We were on a boys golf trip and Kerry was getting ready to hit his shot and telling us how he was going to cut a three-wood into the green,” recalled Fritsch. “But I noticed he had this golf glove with a big hole in it, and so we teased him about it the rest of the day, of course.”

Kerry is Kerry Moher, one of Fritsch’s oldest friends in golf. The two grew up playing in the Ottawa area, lost touch, and then reconnected when Moher followed Fritsch at an RBC Canadian Open.

Fritsch described his pal as a “serial entrepreneur” and the idea of creating a better golf glove took hold in Moher’s head. The result is Red Rooster Golf, which is in the final days of a Kickstarter campaign that is already beating expectations.

“I started thinking about my golf gloves and why I would hold on to them for a year,” said Moher. “I couldn’t understand why I would play with a glove that had a hole in it. And it always felt strange going in to the pro shop or store to buy one. I asked myself, why is it that way?”

After a lot of investigation Moher decided there had to be a different path to make this better. Not just an improved glove, but also an easier delivery service.

After digging around for answers in Canada, he went international and, utilizing the services of the Canadian Trade Commissioner, managed to get to Indonesia in the middle of the pandemic to check out factories that were making golf gloves. While many were cautious about sharing any information due to their relationships with current golf companies, Moher learned enough about the backside of the business.

“I found that we could create a really good, affordable product,” he stated.

There were product samples made and testing began, with Fritsch sending out gloves to his friends and contacts. 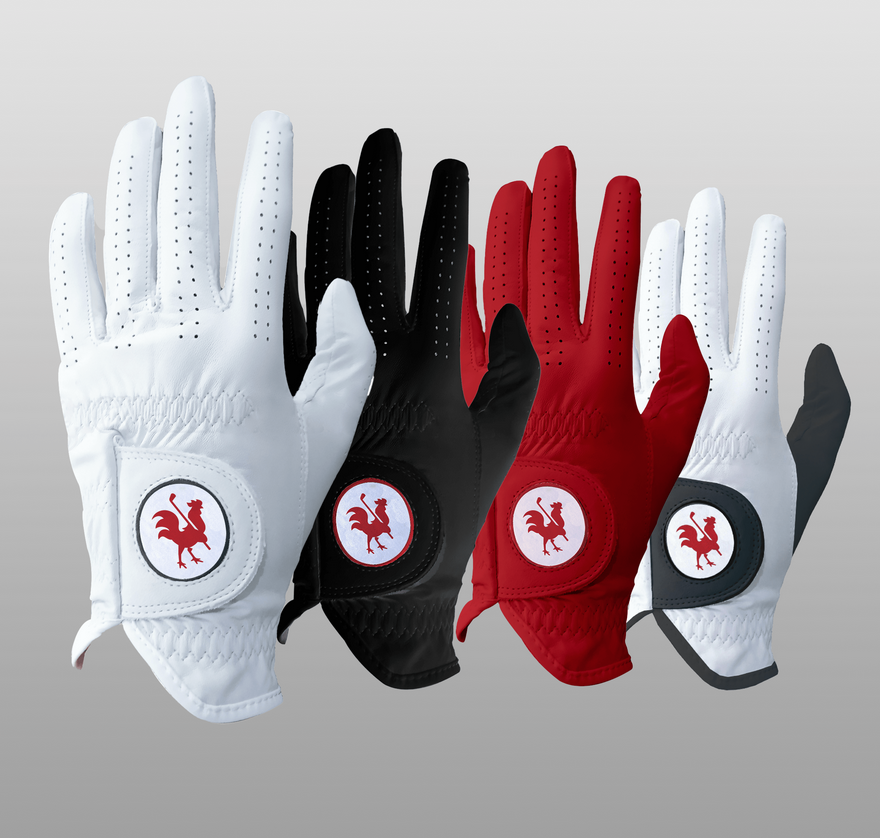 When they were confident they had a good glove, the next step was design a better business. Instead of taking the traditional sales routes, they elected to go with a direct-to-consumer method where golfers could subscribe to Red Rooster and have gloves sent to them on a scheduled basis.

“We can’t compete with the big glove companies so we have to find ways to get out to consumers,” stated Fritsch, who hails from Manotick, Ont. “The subscription basis also means you’ll get a new glove when you need it.”

There were plenty of curves thrown at the operation in the early days. One was that they underestimated the number of extra-large gloves in use. Fritsch speculated that a lot of golfers are playing with ill-fitting gloves, but that’s a matter for another day. Initially the owners also didn’t offer cadet sizes – gloves with shorter fingers – but that’s since been rectified. And there was the need for a large quantity of right-handed gloves to service the big left-handed market in Canada.

There was another important step in the program, one that both Moher and Fritsch felt was vital and that was to give back to the game.

“We had a long conversation about what we could do for the golf,” said Moher. “We love golf and it’s been so good to us, so we want to give back somehow.”

“Junior golf was ideal but we didn’t want to just say we were giving a percentage of profits back. We wanted something concrete,” added Fritsch. “So we came up with the idea of giving gloves to junior organizations.”

Now, when someone buys a glove another one is donated to a junior golfer, through programs such as the First Tee.

Moher described one of the first donations, which was made to the First Tee program in Raleigh, N.C., near Fritsch’s home. There were 1,800 kids who came to the program, many experiencing golf for the first time.

“I asked the coordinator how many of the kids came with a glove,” said Moher, “and he said: ‘Zero.’ Giving them a glove means they have something that’s theirs. They can leave with something.”

Red Rooster is operating in both Canada and the U.S. and so far the Kickstarter campaign has seen an even split of pledges from both countries supporting it. The donated gloves will be handed out on both sides of the border.

Moher said the model they’re using isn’t new. He listed companies selling socks and glasses utilizing the same type of distribution. Golf, so far, hasn’t seen anything like this on a wide basis.

“I’m sure this is the way it will work soon,” he stated. “It just hasn’t been done in golf up to this point but it will. There’s a shake-out coming.”

Fritsch said there’s been a lot of learning on his part. He’s done everything from stamp envelopes and make regular trips to the post office, to get feedback on the gloves from his golfing friends, both pros and amateurs.

He is also still playing for a living, and last week on at the Korn Ferry Tour event he played four rounds with a Red Rooster glove and declared it tour-ready.

As for Moher, he’s happy to know that he’s unlikely to ever get chirped again about playing with a hole in his glove.