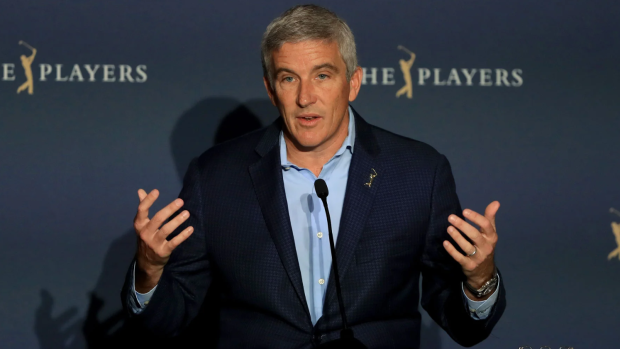 The PGA Tour has drawn a line in the sand when it comes to its members playing the LIV Golf Series events.

On Tuesday, the tour sent a letter to its membership saying the players who requested releases to play the first LIV Golf Series tournament in London, England in early June were being denied.

The tour’s senior vice-president Tyler Dennis wrote: "we have notified those who have applied that their request has been declined in accordance with the PGA Tour Tournament Regulations. As such, Tour members are not authorized to participate in the Saudi Golf League’s London event under our regulations.”

It did not mention the golfers who asked for releases.

The ruling means players such as Phil Mickelson, Lee Westwood, Sergio Garcia and Robert Garrigus, who are known to have applied for a waiver, must decide whether to toe the PGA Tour line or face disciplinary action. That could be a fine, suspension or a lifetime ban.

According to one source, the move by the PGA Tour came as a surprise to LIV Golf, which was expecting golfers to be given releases. Since the PGA Tour allowed its players to compete in the Asian Tour event in Saudi Arabia in February, it was expected it would also do so for the opening tournament in London. That first event, June 9-11 at the Centurion Club, conflicts on the PGA Tour’s calendar with the RBC Canadian Open.

LIV Golf, headed by Greg Norman and backed by the Public Wealth Fund of Saudi Arabia, knew a showdown was likely to happen at some point. The second event on the upstart golf organization’s calendar is set for Pumpkin Ridge Golf Club in Portland, Ore., July 1-3. The PGA Tour does not grant releases for competing tournaments in North America.

The PGA Tour’s edict comes the same day Norman announced an additional $2 billion in funding for a 10-event series in 2023 and a league beginning in 2024.

The players who asked for a pass must now make a decision as to whether they adhere to the PGA Tour’s ruling or defy it and play the first event. That decision likely won’t be unanimous. A number of top golfers are still expected to tee it up in London.

If players do opt for the LIV Golf event, the PGA Tour would have to determine the penalty, which commissioner Jay Monahan has said could mean permanent expulsion.

The next step for LIV Golf could be to challenge the PGA Tour in court. Or it could let an expelled golfer lead the legal battle likely calling the PGA Tour’s operation to be a monopoly and questioning the suspension of an independent contractor. That could possibly affect the tour’s tax-exempt status, something the PGA Tour has held on to for decades.