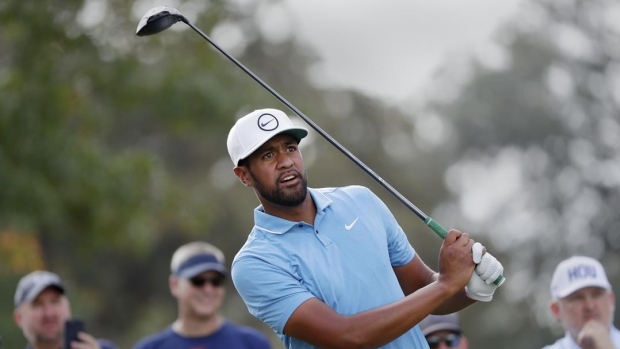 After picking another winner last week (that’s 2 so far this season), I am putting my record on the line at the PGA Tour’s stop at Torrey Pines, where they make use of two courses. Both the North and South courses are big hitter’s ball parks with a what-you-see-in-front-of-you layout. There’s not a lot of ticked up holes here, just a meaty challenge. So that tends to favour those who hit it a long way, including past champs Luke List, Patrick Reed, Marc Leishman and, of course, Tiger Woods. Oh and you can add to that list, a guy who won the U.S. Open on this layout, Jon Rahm.

Pretty short odds on the Spaniard but with good reason. Not only did he capture the U.S. Open here a couple of years ago, but in five starts at the Farmers, he has a win and four other top-10 finishes. He also comes in on a heater: in his last seven starts worldwide, Rahm has gone second, first, four, first, eighth, first, first. At a location that favours long hitters, Rahm is currently first in Strokes Gained: Off the Tee.

Prior to missing the cut last year at this stop, Finau had seven consecutive finishes inside the top 25 with five of them top 10s. And what’s not to like about his recent play?  In his last two starts, he’s a combined 42 under par and he currently has the fourth-best scoring average on the PGA Tour. While he can launch it with the best of them, he’s also been great on the greens and has the tour’s top putting average so far this season.

After sitting out four months with a disc injury, Zalatoris has played twice this year and shown some decent if not spectacular form in his two starts. He is second in Greens in Regulation and is hitting it long, a good indication that the back seems to be healed. He was seventh here two years ago and last year lost in a playoff to Luke List.

The winner here in 2019, Rose tied for sixth here last year, one of his four top-10s at Torrey Pines. Off to a decent start this season and coming in after a Sunday 65 at the American Express. Not a bomber by any means but hits it in the fairway and has been hot with the putter, sitting 20th in SG: Putting.

Let’s keep riding this hot hand, especially since Montgomery finished tied for 11th here last year while playing on a sponsor’s exemption. After nine starts this season, Montgomery has finished in the top-15 eight times. That’s driven up his cost but there’s still enough value here to make him a worthwhile pic.

Two runner-up finishes in his last five starts here and all five inside the top 21 give a good indication that Palmer knows the two layouts pretty well. He’s plenty long enough and has enough experience to make this a great value pick.