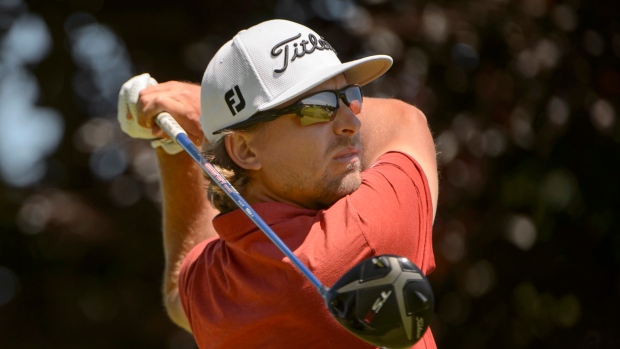 For a kid who grew up in Canada, building an outdoor rink wasn’t a tough job for Roger Sloan. But the fact he did it in Houston, Texas, was somewhat bizarre.

“I’ve lived here 12 years and I’ve never made a skating rink,” said Sloan, who hails from Merritt, B.C. “It was the perfect time to try it.”

It was also a small escape during what has been a tumultuous time in the state of Texas, which has been hammered by cold weather, snow and ice this week.

Millions have gone without power as the electrical grid was overwhelmed with people trying to stay warm, power lines were downed due to ice, and driving became exceptionally treacherous preventing diesel trucks from reaching generators.

Sloan was among the luckier ones. While he experienced some rolling outages, the longest he went without power was 16 hours.

The temperature in his area went as low as -11 and he and his family did go without water for a period but managed to fill the bathtub prior to the shutdown and used that for flushing toilets and, after boiling, for cooking.

The rink was flooded only once water was turned back on in his area. While the ice only lasted a few days, it did provide an outlet for the neighbourhood kids, many of whom had never skated before. 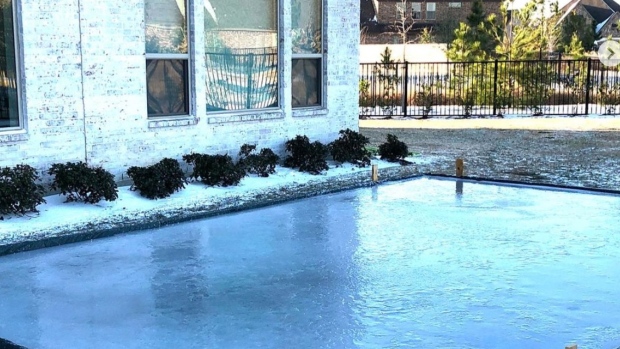 Sloan said that while the outdoor activity was enjoyable, it wouldn’t overshadow the seriousness of what’s happening across the state.

“The homes here really weren’t built for cold weather like this,” he said. “You’re seeing pipes freezing and then when the water came back on, they burst and there’s lots of flooding. Then there are people who are just not used to dealing with this type of cold. It just doesn’t happen down here like this.”

One report cited a family that brought their barbeque into the house for warmth and were overcome with carbon dioxide. All six members were transported to a local hospital.

There were also transit problems with many golfers who reside in the state trying to get to this week’s PGA Tour stop in Los Angeles.

Abraham Ancer and Sergio Garcia were among the Texas residents who scrambled to make it for their Thursday morning tee times as airports shut down and flights were cancelled. Cameron Champ, who also lives in Houston, was forced with withdraw from the tournament.

Although he can’t hit balls at the moment, Sloan has continued to work on his game, dialing in his putting on a matt indoors and swinging some training aids outside in the frosty temperatures.

“I’m playing really well,” said Sloan. “I feel like I’m on the cusp of some really good golf. I just haven’t been able to put four rounds together lately.”

He’ll get a chance to warm up at his next stop, which will be in Puerto Rico next week.