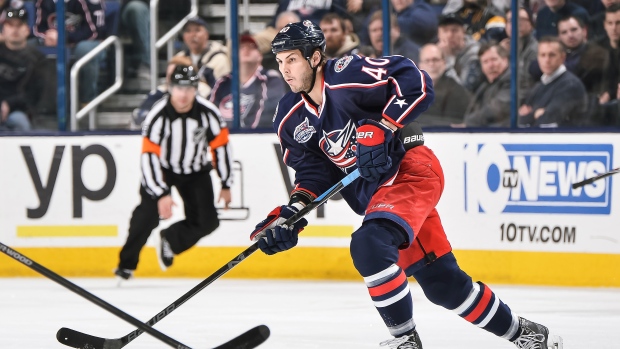 COLUMBUS, Ohio - Columbus Blue Jackets forward Jared Boll has been suspended for three games without pay for a check to the head of Anaheim Ducks forward Patrick Maroon.

The league determined Boll came in high with his shoulder on a second-period hit on Maroon during the game on Tuesday night in Columbus, a 5-3 victory for the Blue Jackets.

Under the terms of the collective bargaining agreement and, based on his average annual salary, Boll will forfeit $27,419.34. The money goes to the Players' Emergency Assistance Fund.

Columbus' Jared Boll has been suspended 3 games for an illegal check to the head of Anaheim's Patrick Maroon. Video: http://t.co/D1tBpiV5Ki