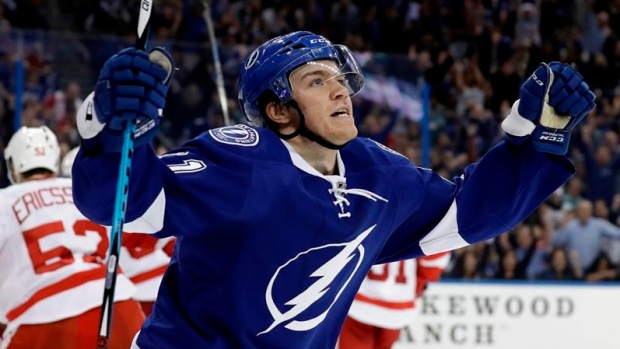 The Atlantic Division All-Star team will feature seven forwards and two defencemen after centre Brayden Point was named as the replacement for injured teammate Victor Hedman on Wednesday.

The Lightning led the NHL with four All-Stars on the roster when the team was named on Jan. 10. Hedman suffered an ankle injury on Jan. 11, which will force him to miss this weekend's 3-on-3 tournament.

Point, 21, has 19 goals and 43 points in 48 games with the Lightning this season. Jonathan Huberdeau, David Pastrnak and Mark Stone, all left off the Atlantic Division roster, sit ahead of him in points.