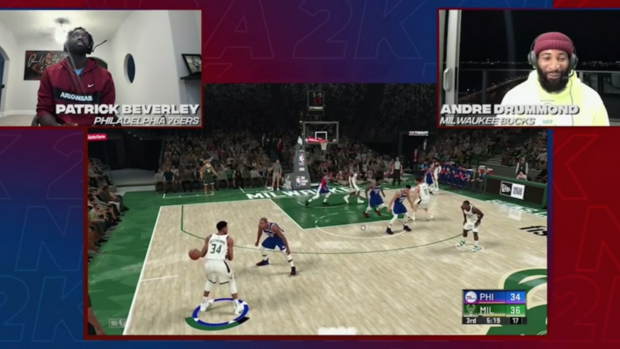 Booker, who plays for the Phoenix Suns, was the first player that advanced after using the Dallas Mavericks to defeat Washington Wizards forward Rui Hachimura, who used the Los Angeles Clippers.

Harrell, a power forward/centre with the Clippers, advanced after a closely contested match against the Miami Heat’s Derrick Jones Jr. Harrell used the Blazers to defeat Jones Jr.’s, who used the Mavericks, 71-66.

Ayton will meet Patrick Beverley in one the semifinals on Friday. Beverley used the Philadelphia 76ers to defeat Andre Drummond, who selected the Milwaukee Bucks, 69-62.

Booker will meet Harrell in the other semifinal.

The winner of the tournament will claim $100,000 to donate to a coronavirus charity of his choice.