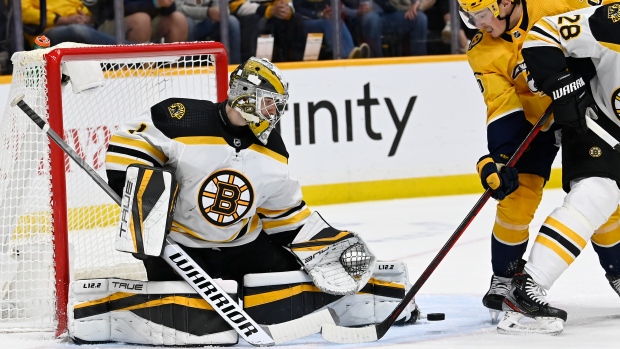 Additionally one member of the Bruins team staff has also been placed in the protocol.

Boston added captain Patrice Bergeron to the protocol on Tuesday, one day after the Bruins placed his linemate Brad Marchand and forward Craig Smith in the protocol.

The Bruins are scheduled to visit the New York Islanders on Thursday. The team currently sits fifth in the Atlantic Division with a 14-9-2 record.

Boston played the Calgary Flames, who are currently shut down with nine players in the protocol, on Saturday and were defeated 4-1 by the Vegas Golden Knights on Tuesday.

Including Bergeron, a total of 22 players were added to the COVID-19 protocol on Wednesday across the NHL.

General manager Don Sweeney announced that the team has recalled goaltender Kyler Keyser from the AHL's Providence Bruins. Forward Jesper Froden has also been recalled from Providence on an emergency basis.