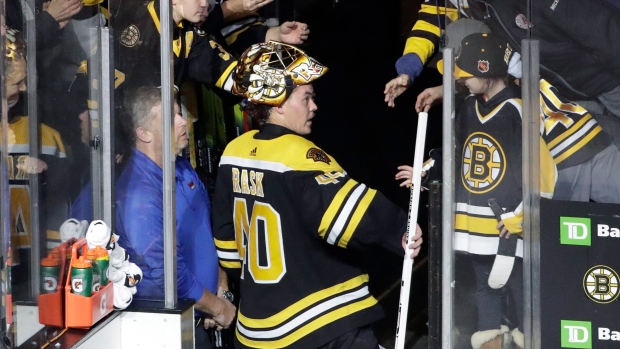 It appears Boston Bruins goaltender Tuukka Rask has already begun pondering the possibility of hanging up his skates.

Matt Porter of the Boston Globe writes that Rask told him last month in an exclusive one-on-one interview that there’s no guarantee he plays beyond next season, when his contract is set to expire.

“I have one year left in the contract, so we’ll see if I even play,” Rask told Porter in late February.

“We’ll see. Always a possibility,” Rask said when asked to follow up on the likelihood.

Rask told Porter that if he is to walk away, it would not be to continue his career in his native land of Finland.

Rask said his reason for retiring would be in order to spend more time with his family.

“Just be home,” Rask explained. “The wear and tear of the travel with two, almost three kids now, makes you think. I love to do it. But it’s tough.”

Rask carries a $7 million cap hit on the eight-year deal he signed with the Bruins in 2013 and is scheduled to become an unrestricted free agent in July 2021.