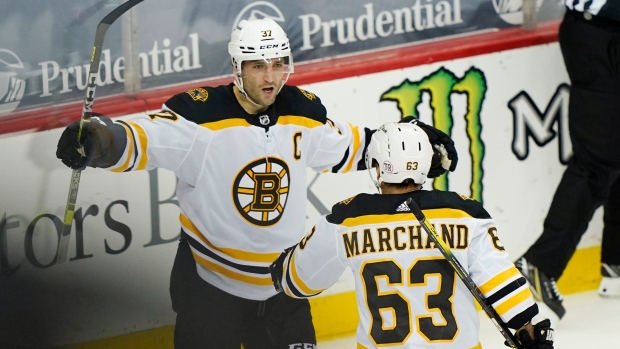 The award is given to a player who "exemplifies great leadership qualities on and off the ice and who plays a leading role in his community growing the game of hockey."

Playing in his 17th season with the Bruins in 2020-21, the 35-year-old scored 23 goals and 25 assists over 54 games. This was the first season Bergeron wore the 'C' for the Bruins as he was named the 20th captain in franchise history in January.

The Canadian has been nominated for the Selke Award, given to the forward who best excels defensively, in each of the past 10 seasons, winning four times.

Off the ice, Bergeron has been a major part of the community since his arrival in Boston back in 2003.