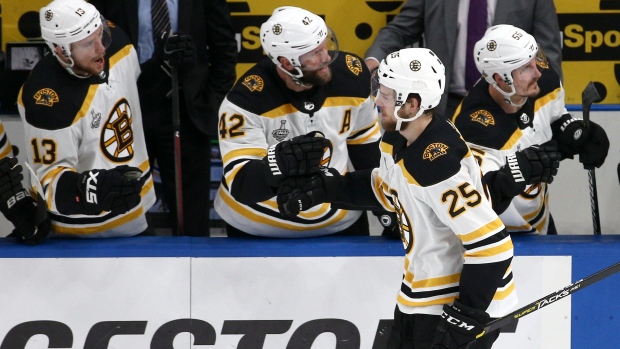 The Boston Bruins have re-signed defenceman Brandon Carlo to a two-year deal with a cap hit of $2.85 million, the team announced Tuesday.

According to TSN Hockey Insider Pierre LeBrun, Carlo will earn $2.2 million this season, while his salary will rise to $3.5 million next year.

We have more good news...@1996_Carlo has been signed to a 2-year contract with an annual cap hit of $2.85 million: https://t.co/dWqMVsyE9z pic.twitter.com/HPWvIg6tTv

Carlo skated in 72 games last season with the Bruins last season, totalling two goals and eight assists. He was tied for second on the team with a plus-22 rating while averaging 20:55 of ice time per game.

The 22-year-old is set to enter his fourth NHL season and is a plus-41 for his career. Since his rookie season, Carlo ranks fourth on the team in plus-minus and ice time per game (20:20).

The Colorado Springs, Col., native was selected by the Bruins in the second round (No. 37 overall) in the 2015 NHL Draft.