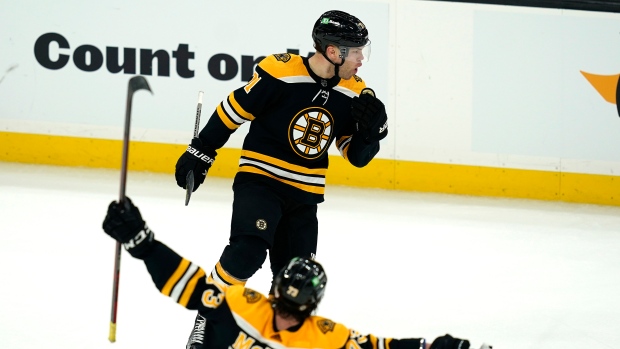 The Boston Bruins have officially re-signed forward Taylor Hall to a four-year contract with a $6 million annual cap hit.

The #NHLBruins have signed @hallsy09 to a four-year contract with a $6 million annual cap hit.

Hall, 29, played 53 games this past season with the Buffalo Sabres and Bruins. He signed with the Sabres as an unrestricted free agent last fall on a one-year, $8 million deal. Hall tallied eight goals and six assists in 16 games after being acquired by the Bruins.

Hall was drafted first overall by Edmonton in 2010 and has played 680 career NHL games with the Oilers, New Jersey Devils, Arizona Coyotes, Sabres and Bruins.