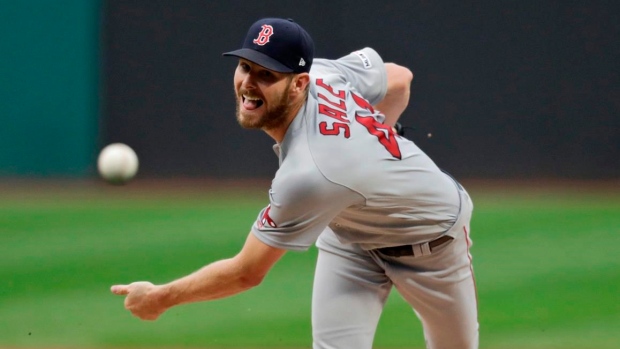 While Sale was never going to pitch in 2020 and the move is a formality, the Boston Globe's Pete Abraham notes that the timing of the move suggests a secondary component to it and Sale's spot on the 40-man roster might be needed for somebody else.

#RedSox just now placed Chris Sale on the 60-day injured list. He had his surgery on March 30.

Odd timing suggests they may have a need for the 40-man spot.

Earlier on Sunday, MLB.com's Ian Browne noted that former All-Star catcher Jonathan Lucroy is a non-roster invitee to Red Sox camp and was not named in the club's initial 47-man camp roster. The team is attempting to restructure Lucroy's deal to bring him in to compete with Kevin Plawecki to back up Christian Vasquez behind the plate. To do that, a purchase of Lucroy's minor-league deal would be required and a roster spot would be needed.

The Red Sox will be conducting their summer camp at Fenway Park and at their minor-league facility in Pawtucket.