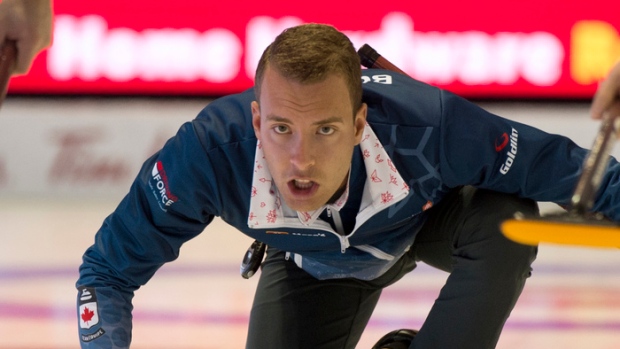 SUMMERSIDE, P.E.I. — Brendan Bottcher and his Edmonton rink have earned their chance to go for an Olympic berth.

Bottcher rolled to a 9-5 win over Glenn Howard on Sunday in the men's B-side final of the 2017 Road to the Roar pre-trials.

The win clinched the final men's spot in the Roar of the Rings next month in Ottawa, where Canada's four-player curling teams for the 2018 Winter Olympics in Pyeongchang, South Korea will be decided.

"We came into this game and tried to lower our expectations a little bit, and just go out there and play well. That was the goal. But when you win, and now you're in the Trials and all that comes with it, it's huge."

After holding Howard, from Tiny, Ont., to a single in the first, it was Bottcher's team that controlled much of the remainder of the draw, with the exception of the eighth end when Howard was able to steal a point to go up 5-4.

But Bottcher came straight back to retake the lead with two in the ninth, and put the game away with a steal of three in the 10th when Howard couldn't pull off a long raise to salvage a single point and force an extra end.

"It's huge for all of us to get (to the Trials), to experience it, and we're coming in as the huge underdogs, which I think frees us up a little bit to just go out there and play well again," said Bottcher. "There's zero expectation of how we're going to do there. So I'm just looking forward to being there, enjoying it all and hopefully getting all the experience we can."

Bottcher joins a men's field that includes fellow Road to the Roar qualifier John Morris of Vernon, B.C., who beat Bottcher in the A-side final on Sunday morning.