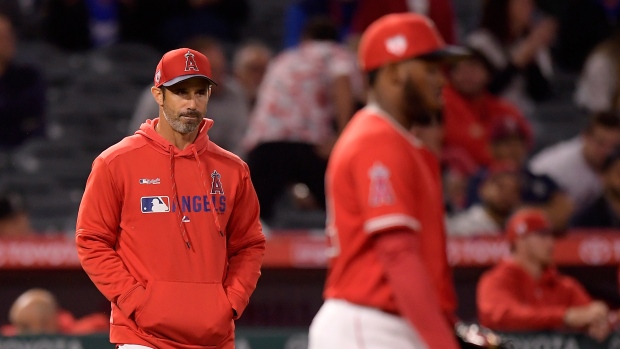 Brad Ausmus is believed to have been the first candidate interviewed for the New York Mets manager job, according to the MLB Network's Jon Heyman.

Ausmus is believed to have interviewed today for the Mets manager job, via zoom — the leadoff man in the process that should move quickly (since it’s got the team’s total focus in the lockout)

Ausmus managed the Detroit Tigers for four years from 2014 to 2017 and then the Los Angeles Angels for one season in 2019.

Heyman adds that the Mets' interview process is their sole focus and expected to move fast because of the MLB lockout, which went into effect last week upon the expiration of the collective bargaining agreement.

Mets managerial interviews begin today, though it isn’t known who had the leadoff position among candidates. GM Billy Eppler and baseball ops will conduct initial interviews. Owner Steve Cohen will get involved for final interviews.

Last week, Heyman reported that Buck Showalter and Curtis Granderson were expected to be among the candidates given interviews for the Mets' job. ESPN's Buster Olney reported Monday that the Mets have asked the Houston Astros for permission to interview coach Joe Espada.

The Mets have formally asked the Astros for permission to interview coach Joe Espada for their vacant managerial position.

New York fired manager Luis Rojas after finishing with a 77-85 record during the 2021 regular season, missing the playoffs for the fifth season in a row.