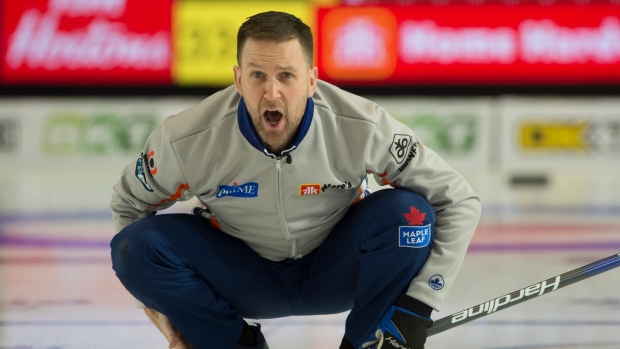 CONCEPTION BAY SOUTH, N.L. — Brad Gushue opened up the National curling tournament on Tuesday with a 6-2 win over Scott McDonald in the opening preliminary-round draw.

McDonald, from Kingston, Ont., held a 2-1 lead through five ends, but Gushue responded with a deuce in the sixth for his first lead and held on the rest of the way.

The skip from St. John's, N..L, added a single in the seventh and two more in the eighth to secure the victory on Day 1 of the third stop on the Grand Slam of Curling circuit.

On the women's side, Team Scheidegger beat Winnipeg's Kerri Einarson 8-6 after scoring a deuce in an extra end.

Round-robin play continues on Wednesday. The quarterfinals and semifinals are Saturday followed by the championship draws on Sunday.