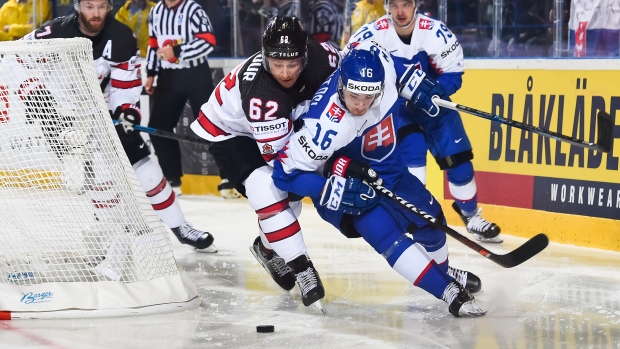 Brandon Montour will miss the remainder of the world hockey championship with a lower-body injury, Hockey Canada announced on Tuesday.

“It’s disappointing to see a player like Brandon get hurt at his first world championship,” said Ron Francis, a member of the management group with Canada’s National Men’s Team via a statement through Hockey Canada . “He is a key player who brought so much to the team, and although he won’t be able to continue, we were impressed with his work ethic on and off the ice. We wish him all the best in his recovery.”

Montour was injured during Team Canada's 6-5 win over Team Slovakia on Monday. The Sabres defenceman is being sent back to Buffalo for further evaluation.

The 26-year-old Montour was representing Canada for the first time at the tournament.