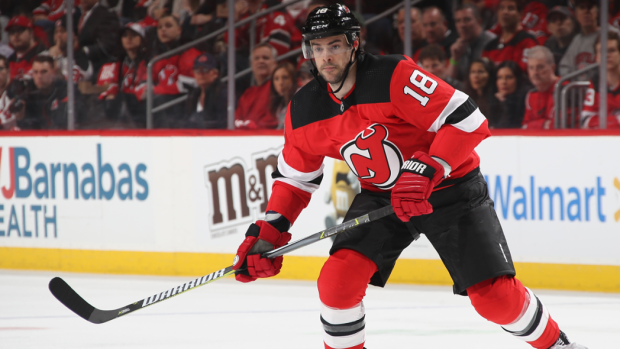 Bratt, 20, suffered a broken jaw on Thursday after a puck deflected off the crossbar of the net in practice and hit him in the face.

He scored 13 goals and posted 35 points as a rookie for the Devils last season and was slated to start this season on the team's second line. Devils coach John Hynes said Friday Bratt won't need surgery, but is expected to miss "a few weeks."

Stafford, 32, spent training camp with the Devils on a professional tryout. He appeared in 59 games last season with the Devils, scoring eight goals and adding seven assists.

In 784 career games with the Buffalo Sabres, Winnipeg Jets, Boston Bruins and Devils, he has 191 goals and 224 assists over the course of 12 NHL seasons.

The Devils will open their regular season on Saturday against the Edmonton Oilers at Scandinavium in Gothenburg, Sweden, as part of the NHL Global Series.