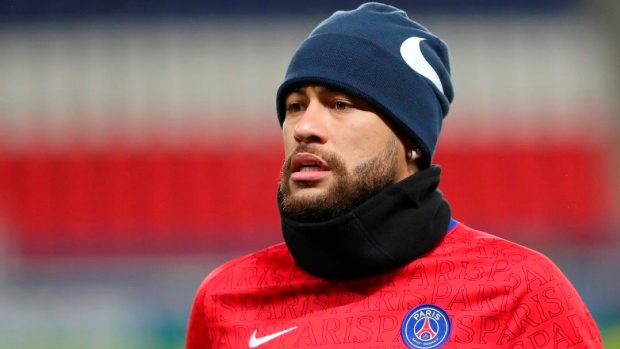 The topic of annual transfer speculation almost every summer since he's arrived in Ligue 1, Neymar says he's "really happy" at Paris Saint-Germain right now as he heads towards the final year of his contract.

The Brazil striker met the media on Tuesday ahead of Wednesday's first leg of the Champions League semi-finals against Manchester City.

"This year PSG has really improved and we have worked a lot to keep improving," Neymar said. "I really feel great, really happy. I am most happy this season. We really want to win the Champions League."

Neymar is in his fourth season in the Paris capital since his world-record £198 million move from Barcelona in 2017.

PSG is looking to be the first ever French club to reach back-to-back Champions League finals. The team has yet to win Europe's premier club competition.