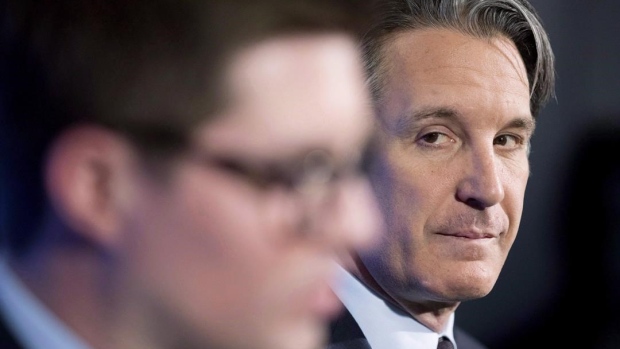 TORONTO — The NHL’s postseason has barely begun, but the Maple Leafs are already done.

Columbus made quick work of Toronto, winning their best-of-five qualifying-round series with a 3-0 shutout in last Sunday’s Game 5. It was exactly seven days after the Leafs’ playoff push began, and team president Brendan Shanahan didn’t sugarcoat how the organization felt about a fourth consecutive year of failing to advance.

“Our players were extremely disappointed,” Shanahan told reporters on a Zoom call Wednesday, during the team's end-of-season media availability. “We certainly have higher expectations on our performance, and in the results. [Initially] you’re just so focused on the pain and the disappointment of it, but very quickly you have to pivot and really evaluate what went right and what went wrong and where you can improve and what changes need to be made. We can allow this to make our players and our staff more determined and more mentally tough, to take a bad situation and grow from it, rather than let it make us smaller and more defeated.”

Shanahan was joined on the call by general manager Kyle Dubas, to share their thoughts on the season that was, and pressing topics needing to be addressed.

Shanahan on his faith in the Leafs moving ahead

“I have complete faith in Kyle as a general manager, in Sheldon [Keefe] as a coach and complete confidence in what we're going to do here in Toronto. I think our potential for growth is even greater than it was a couple years ago. I'm absolutely confident that we're going to be determined to get it done. You just have to go to work. On days like today, you've got to face the music and it's not pleasant. We've identified and seen some of the things that are deficient in our group. We've been around long enough now where we've seen them, and we want to make those improvements. This is a results business, and we're determined to get those results.”

“I sense that the players are extremely angry - angry with themselves. We’re angry with ourselves [as a management team]. They have higher expectations. These guys really want to win. They really want to become the team that they're capable of becoming. I really believe that about them. And they're not making excuses. We will all look for solutions, but this is not a team that is making excuses right now. The blame weighs on us. This is not a time in our development where we are pointing the blame at anyone else. This is on us and the solution is also within us. Part of growing up in the National Hockey League is doing something consistently. Our guys want to get there, and they know they have to do that more consistently in the regular season so that when you do get in the playoffs, you don't put yourself in a position that each and every year you're facing an elimination game. You want to show up on time, and you want to put teams away.”

“It's a bit of both [adding that and] people growing into it. I do believe you can develop grit. You have to win to change the narrative about who you are as an athlete, that's not something new. It's not unique to Toronto. That being said, I do think that can develop. I do think players can change how they're perceived. But I also think that that's something that we recognize, that compete level and grit are areas that we might have to help our team a little bit with.”

Dubas on his biggest disappointment from the season

“The way that we started the year was a disappointment. We were 25th in the league when we made the coaching change [from Mike Babcock to Keefe on Nov. 20], and I think the biggest disappointment of the year, if I had to pinpoint it, would be the fact that we showed at multiple times throughout the year in single games, and even for stretches of weeks or months, what we're really capable of. And that we just were not able to string that together consistently over a prolonged stretch of the season, and certainly not in the playoffs. It's not realistic to think that it's going to be that way every single night, but I think what we need to get to is that it's as often as humanly possible for us to rise to where we want. It's not a dream, in terms of how we can play because we show it multiple times throughout the season this year. Just the fact that we could not do it as often as required to reach our potential would be the most disappointing factor from my end.”

Dubas on whether he and Shanahan have misread the potential of the Leafs, given their postseason struggles

Dubas on how he assesses the season overall

“You can't ignore either end of it, so you can’t point to the very highs and the excellent games that we played at various different stretches and say, ‘That's who we are,’ and you can’t point to the lows and say, ‘That's who we are.’ I think, in the end, the standings don't really lie, and we were at the time of the pause the third-best team in our division in totality and the eighth-seeded team in our conference, which I would say is far below what our talent level and our potential indicates we should be. I think you can point to the highs and the lows and you would largely end up somewhere in the middle, and right now the middle isn't good enough.”

Dubas on how he’ll handle a flat $81.5 million salary cap over the next two seasons

“We're not up against the cap, contrary to everyone's belief [CapFriendly projects the Leafs to have $4.591 million in space for the 2020-21 season]. We've got a little bit of space and we’ve got restricted free agents only to sign back. I think the way that we've tried to structure this is that you never know what's going to happen. You think the cap is always going to go up, but just in case it stays level or in our case now where it's going to stay level for a few years, you try to plan it out to give yourselves options. I think we've got a lot of flexibility and various different things that we can do to continue to adjust and adapt and roll from there. But we do have some space, we can create some space in other ways as well and we'll be able to be flexible. It will be on me to be creative and build that structure in a way that sets us up moving ahead.”

“I don't get the criticism of Mitch Marner one bit. I really struggle with it. He's a guy who plays his ass off every night, has got tremendous skill, tremendous intensity, plays in every situation for us, makes a ton of plays and everything that he does wrong people jump all over him about. I don't know how or why it's that way. But if Mitch Marner is the player that he has been and he continues to grow and mature and do what every player that goes from 22 to 23 to 24 to 25 does and just gets better and better, we'd be thrilled. I don't know where this all started with the criticizing of Mitch Marner, but to me it's among the most idiotic things that I see done here.”

Dubas on what he learned from trading for Tyson Barrie, who underwhelmed as a Leaf and will become an unrestricted free agent

“I don't think he made the impact on the group that he would have liked to, and I think the lesson to take from that is just on better aiding players on their adjustment into the organization. I thought from late November on, he got back to being himself. And I thought especially when we had some injuries on the backend, in particular the stretch where Morgan Rielly, Jake Muzzin and Cody Ceci were all out at the same time, that he stepped up and provided sound leadership and strong play from the backend and also got to be himself offensively with his production there. But I think certainly aiding him, after knowing that he's played his whole career in one spot and had great success there, he's going into a contract year, he's coming to a new situation, a new conference. I think the thing to learn there is helping someone adjust a lot better and help them to be themselves much sooner.​”