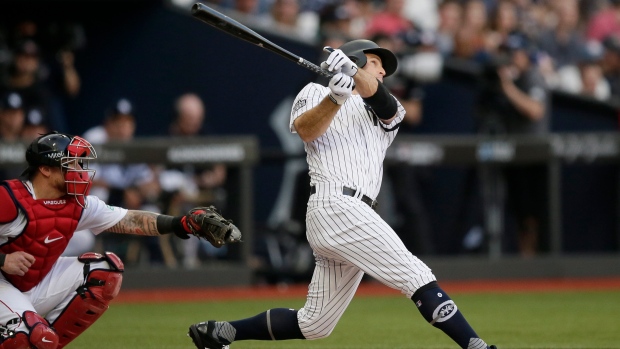 New York agreed to the deal Dec. 13 during the winter meetings, and the 36-year-old took a physical on Tuesday.

Gardner gets a $2 million signing bonus payable Jan. 30 and an $8 million salary for next season. The Yankees have a $10 million option for 2021 with a $2.5 million buyout.

Gardner earned $7.5 million last season plus a $2 million buyout after New York declined his $12.5 million option for 2019 under his previous contract. He hit .251 and set career highs with 28 homers and 74 RBIs, a rare left-handed bat in a Yankees lineup dominated by right-handed hitters.

Gardner is the senior member of the Yankees, having spent his entire 12-year big league career in the Bronx. He has a .260 average, 124 homers and 524 RBIs.

He is expected to see time in centre field during the first half of the season while Aaron Hicks recovers from off-season Tommy John surgery, then shift back to left when Hicks returns.