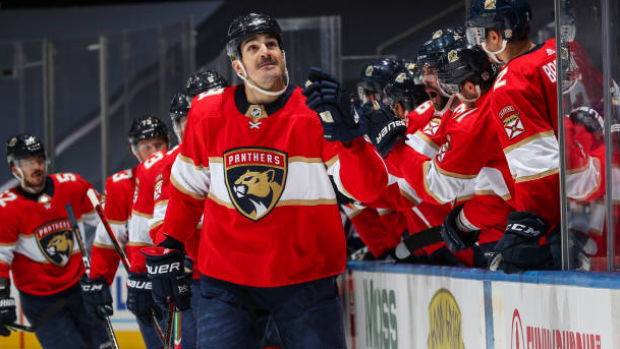 After not playing in the NHL this season, two veteran forwards will be joining Team USA at this month's IIHF World Championship in Latvia as they looks to revive their careers.

According to TSN Senior Hockey Reporter Frank Seravalli, Brian Boyle and Justin Abdelkader will both represent the United States at the tournament.

Boyle, 36, did not appear in an NHL game this season, but Seravalli notes he was skating up until the trade deadline with three-to-four NHL teams showing interest in him. A veteran of 805 NHL games, Boyle has 130 goals and 231 points over his career with the New York Rangers, Tampa Bay Lightning, Toronto Maple Leafs, New Jersey Devils, Nashville Predators and Florida Panthers.

He posted six goals and 15 points in 39 games with the Panthers last season.

Abdelkader played in Switzerland this season, posting six goals and three assists in 13 playoffs as Zug won the NLA championship. He had four goals and eight points in nine games during the regular season.

The 34-year-old was bought out by the Red Wings in October with three years remaining on his contract at a $4.25 million cap hit. He posted three assists in 49 games with the Red Wings last season.

Abdelkader signed a seven-year, $29.75 million contract extension with the Red Wings in 2015 following a career season in which he scored 23 goals and posted 44 points in 71 games in the 2014-15 campaign. He scored a total of 26 goals in the four seasons of the contract.

Another player joining Team USA 🇺🇸 at #IIHFWorlds in the hope of resuming his #NHL career: Justin Abdelkader.

After a late buyout from #RedWings, Abdelkader eventually joined and helped Zug to the Swiss NLA championship with 6 goals and 3 assists in 13 playoff games.

The United States are scheduled to face Finland in their opening game at the worlds on May 22.

Boyle has never previously played on the international stage, while Abdelkader played at thee worlds in both 2012 and 2014.