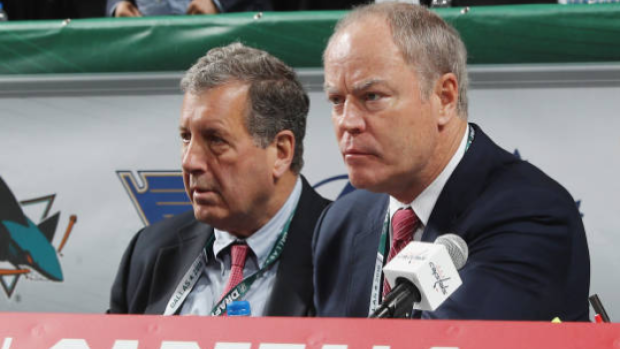 Washington Capitals general manager Brian MacLellan said Wednesday he's among a majority of GMs who would prefer the NHL doesn’t hold its entry draft before the season is completed.

“I think most of the managers would like it to happen in a natural order,” MacLellan told The Athletic's Two-Man Advantage podcast with TSN Hockey Insider Pierre LeBrun and Scott Burnside.

“There’s a natural order of business, there’s a rhythm to it. Some teams use that time to reset their roster, it’s a way to manage your roster and cap situation for next season, it’s a way to make trades. A lot of decisions are based on how you concluded your previous season. So, if you go into the playoffs and maybe a weakness is identified or you weren’t as successful as you were (hoping) and you need to make changes and the draft seems to be an area where you can accomplish those things before next season.”

The league's Board of Governors held a conference call on Monday to discuss a range of issues, including the idea of holding the draft in June before the potential completion of the season. LeBrun reported after that call that a decision on the draft may not be made until next week.

"We think it's more important to get the right decision than to get a quick decision," NHL deputy commissioner Bill Daly told LeBrun via email.

The draft was initially scheduled to be held in Montreal June 26-27, but was cancelled due to the COVID-19 pandemic.

Detroit Red Wings general manager Steve Yzerman spoke out against a June draft last week, stating he hasn't "heard a good reason why we should do it prior to the end of the season."

In the end, MacLellan says the Capitals will adjust to whatever plan the league sets in place.

“I also understand this is a business, it’s a league business,” MacLellan said. “The commissioner and the league have some business decisions to make, there’s national rights holders, there’s a national audience that’s looking for some content and there’s an opportunity for the league to sell our draft, to introduce the draft to people that don’t normally watch it possibly. So I think there’s probably a little tug of war. … The commissioner will make his decision and we’ll work with that. We’ll work within the guidelines he sets out.”