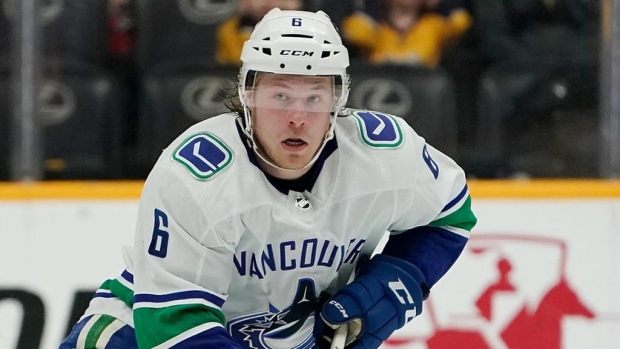 Vancouver Canucks forward Brock Boeser has sustained a rib cartilage fracture and will be re-evaluated in three weeks, the team announced on Monday.

The Canucks also announced that forward Micheal Ferland will miss the remainder of the season with recurring concussion-like symptoms, and he will continue with further evaluation and treatment.

Boeser has not played since leaving a February 8 game against the Calgary Flames in the third period after getting tangled up in the neutral zone.

The 22-year-old has appeared in 56 games this season for the Canucks and posted 16 goals and 29 assists with a plus-5.

Burnsville, Minnesota native was selected 23rd overall in the 1st round of the 2015 NHL Entry Draft.

Ferland was forced out of an AHL game after one period last Friday after once again feeling concussion-like symptoms.

The 27-year-old suffered a concussion in late October in a fight with Kyle Clifford.  He tried to return in December, but suffered recurring symptoms.