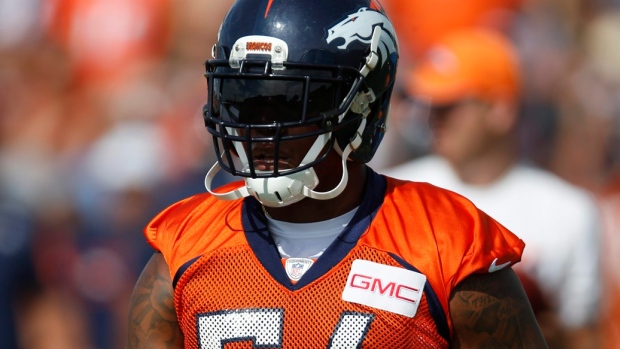 Marshall, a teammate of Colin Kaepernick's while in college at Nevada, took a knee just before the anthem and remained in that stance until the song was completed. The Broncos players were lined up, standing on the sideline, and no other players joined Marshall.

The 26 year-old Marshall was the team's second-leading tackler during its run to a Super Bowl title last season. He has expressed support for Kaepernick, who initiatilly opted not to stand during the anthem in the preseason due to what he believes is racial injustice and police brutality.

"While we encourage members of our organization to stand during the National Anthem, we understand and respect it being a personal decision," the Broncos said in a statement Thursday night.