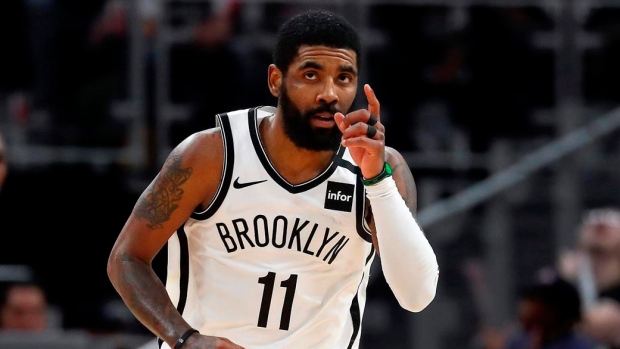 NEW YORK — Kyrie Irving won't play in the Brooklyn Nets' first game after the All-Star break because of more trouble with his right shoulder that sidelined him earlier this season.

Nets coach Kenny Atkinson told reporters Tuesday that Irving would see a specialist this week and that he would have more information on the guard's availability afterward.

Irving missed 26 games during his first season in Brooklyn with an impingement. He got a cortisone shot in December instead of having arthroscopic surgery, though acknowledged that surgery might still be necessary.

Irving has been sidelined recently with a sprained right knee. He has played in just 20 of the Nets' 53 games. Brooklyn returns from the All-Star break Thursday at Philadelphia.