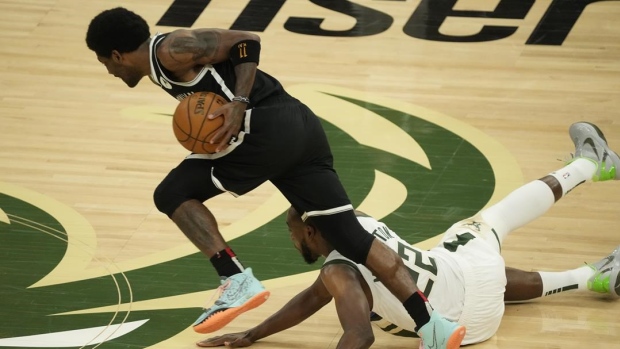 Brooklyn Nets' point guard Kyrie Irving will not play in Game 7 of the team's second-round series against the Milwaukee Bucks on Saturday, head coach Steve Nash said on Friday.

Nash said that Irving still has "some miles to make up", according to ESPN's Malika Andrews.

Kyrie Irving remains out for Nets-Bucks Game 7 on Saturday, Steve Nash says. Nash says Irving still has some "miles to make up."

Irving has not played since injuring his ankle in Game 4. Kevin Durant has averaged 40.5 points, 14.0 rebounds, and 6.5 assists in two games this series without Irving in the lineup.