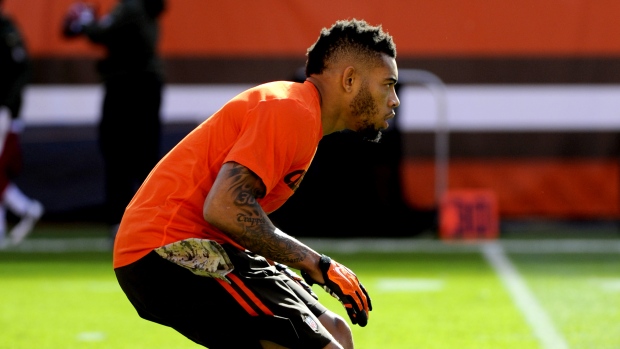 CLEVELAND - Joe Haden hasn't quite put an injury-filled 2015 season behind him.

The Browns' star cornerback underwent surgery on his left ankle earlier this week and will be sidelined until training camp, yet another blow to a Cleveland team trying to rebuild following a 3-13 season.

The team released a statement Friday saying the two-time Pro Bowler had the operation on Wednesday. The procedure was performed by Dr. Robert Anderson in Charlotte, North Carolina. The Browns did not say why Haden, who started only five games last season because of a variety of injuries, waited to have the surgery.

Haden hurt his ankle against Arizona in a game on Nov. 1, when he also suffered his second concussion in three weeks. Haden wound up missing Cleveland's final eight games as he was unable to pass the NFL's concussion protocol. He was not medically cleared until after the season.

The Browns said Haden is expected to resume football activities during training camp in July, which indicates he will be held out of their other off-season programs. The team said the 26-year-old Haden is expected be ready for the start of next season.

Without knowing if Haden will recover, Cleveland could be forced to address the cornerback position in this year's draft.

Haden's absence had a devastating impact on the Browns' secondary last season. The former first-round draft pick — he was the No. 7 overall selection in 2013 — typically covers the other team's best wide receiver. And without Haden, the Browns were forced to move players around.

Until last season, Haden has been pretty durable, starting 68 games and making 16 career interceptions. He was suspended four games in 2012 for violating the NFL's substance-abuse policy.

His injury adds to a pile of issues this off-season for the Browns, who had four starters leave as free agents and recently waived quarterback Johnny Manziel, a former first-round pick who never panned out on the field and is facing legal problems.