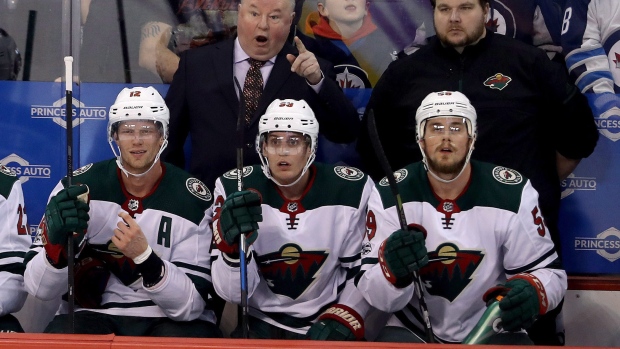 A mistake by Minnesota head coach Bruce Boudreau left the Wild with just five defenceman against Pittsburgh on Tuesday night.

Boudreau listed blueliner Greg Pateryn as a healthy scratch on his lineup card when he had intended to play him. Game officials noted the move and Pateryn was removed from the bench prior to the game.

Forward Ryan Donato was supposed to be scratched from the game but was listed as active instead. He began the game in the press box but dressed and played seven shifts and was minus-1 for Minnesota.

The Wild used the five blueliners they dressed and were routed 7-3 on the road by the Penguins. Sidney Crosby had four points in his return from a 28-game absence and Evgeni Malkin added three as well.