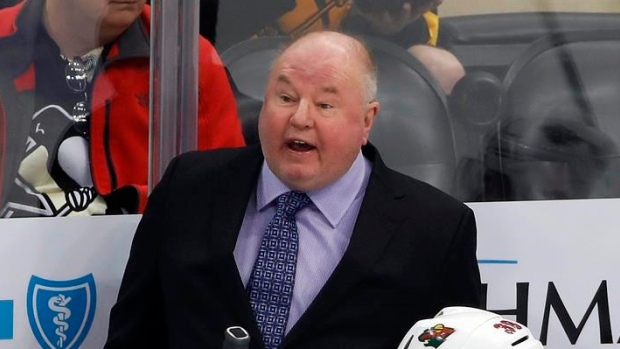 Travis Green is out as head coach of the Vancouver Canucks.

Coming in to replace Green will be Bruce Boudreau for the rest of this season and next season, according to TSN Hockey Insider Darren Dreger.

Dreger adds that more "significant changes" are likely as well.

Confirming major changes in Vancouver. Boudreau going in as coach for this season and next year. More significant changes likely as well.

After signing a two-year contract extension in May, Green departs with the Canucks struggling to a 8-15-2 record to start the 2021-22 campaign.

The move comes after the Canucks lost for the 10th time in 13 games, falling 4-1 to the visiting Pittsburgh Penguins on Saturday.

The Canucks have missed the playoffs five times in the past six seasons. They currently sit 14th in the Western Conference.

Green, 50, took over from Willie Desjardins behind the Canucks bench to begin the 2017-18 season. He leaves Vancouver with a 133-147-34 record over four seasons with the team.