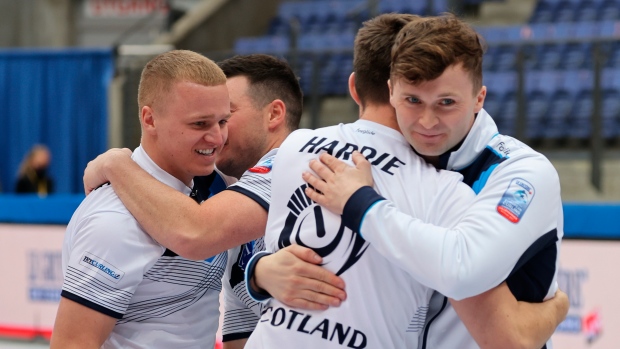 It was a great day for Scottish curling at the European Curling Championships in Lillehammer, Norway.

For the first time in history, the Scots won both the men's and women's championships at the prestigious annual event.

Eve Muirhead's team of third Vicky Wright, second Jennifer Dodds and lead Hailey Duff went 10-1 over the week in Norway, capping it off with a win over Sweden's Anna Hasselborg in the final, 7-4.

On the men's side, Bruce Mouat went a perfect 11-0, beating five-time world champion Niklas Edin in the final, 8-5.

Mouat, 27, and his rink of third Grant Hardie, second Bobby Lammie and lead Hammy McMillan Jr. have been one of the best teams in curling over the past two seasons, winning three of the last four Grand Slams and winning a silver medal at the 2020 World Men's Curling Championship.

Both Hasselborg and Edin won the European Curling Championships in 2019, the last time the event was played.