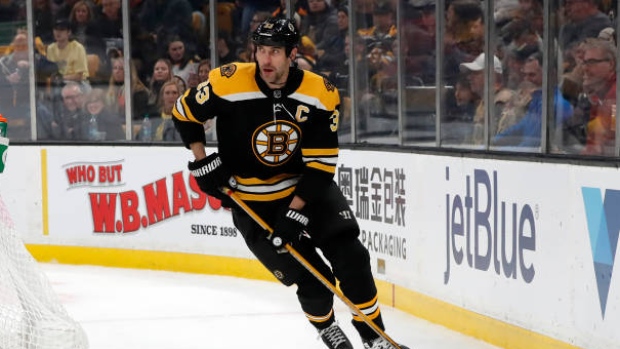 Zdeno Chara will be out of action for an extended amount of time.

The Boston Bruins announced on Saturday that Chara, who has a left MCL injury, will be out four weeks before having his status re-evaluated.

The 41-year-old is in the midst of his twenty-first NHL season and has recorded three goals and an assist through 18 games so far.

The team also announced that Patrice Bergeron (upper body) and John Moore (lower body) would miss Saturday's game against the Arizona Coyotes and will travel back to Boston to be re-evaluated by team doctors.

Prior to the injury, Bergeron was on pace to set career highs in both goals and points as he's racked up nine goals and 26 points in only 19 games this season.

The loss of Moore will further test the depth of the Bruins' blue line as Charlie McAvoy (concussion) and Kevan Miller (hand) have yet to return to the lineup as well.

Through 18 games, Moore has recorded two assists to go along with a plus-6 rating.