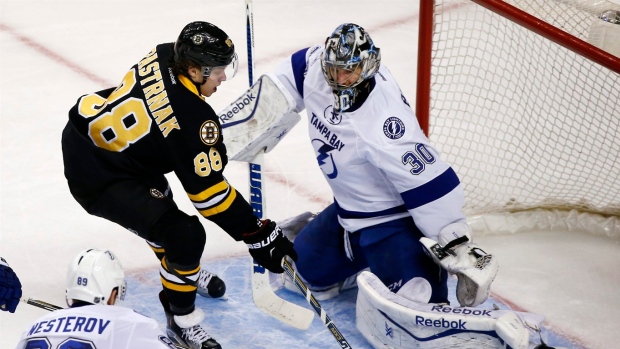 BOSTON - The Boston Bruins are keeping teenage forward David Pastrnak up with the big club, thus using up the first year of his entry level contract.

Bruins general manager Peter Chiarelli made the announcement Thursday night after the first period of Boston's home game against the New York Rangers.

"We've decided that David Pastrnak is going to stay with us for a while and play past his ninth game," Chiarelli said.

The 18-year old rookie has scored two goals in each of his previous two games, playing on the top line with winger Milan Lucic and centre David Krejci.

"Like I explained to him, 'This is the next step. It doesn't mean it's a lock, nothing's guaranteed. You've earned it,'" Chiarelli said.

Boston will play Columbus on Saturday night and Chiarelli said Pastrnak will be with the team for that game — his 10th in the NHL.

Chiarelli said Pastrnak — the No. 25 pick in the 2014 draft — might go back to play for Providence of the AHL during this season.