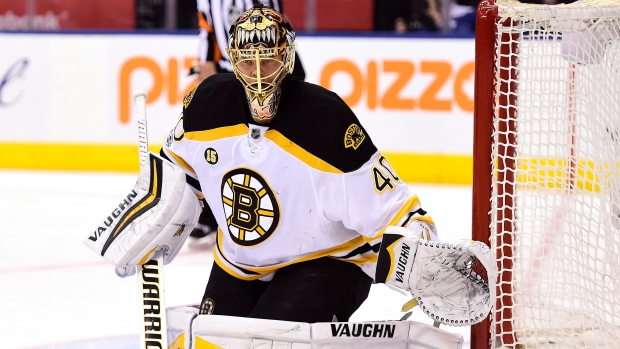 The Boston Bruins announced that Tuukka Rask has been diagnosed with a concussion and will follow the NHL's concussion protocols.

Rask was not on the ice for the Thursday morning optional skate and will not play against the Vancouver Canucks in the evening. Anton Khudobin will get the start in Rask's place and Zane McIntyre will serve as his backup. Rask was helped off the ice Wednesday after teammate Anders Bjork collided with him and did not return.