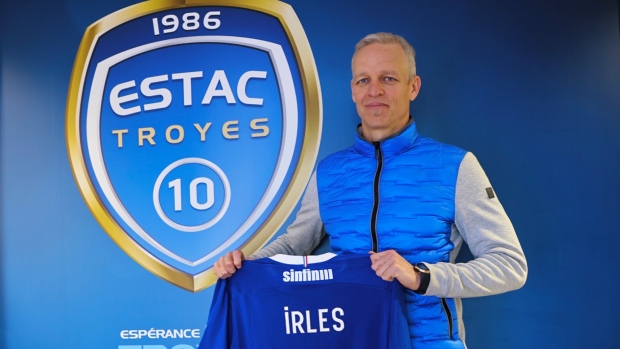 TROYES, France (AP) — Struggling first division side Troyes appointed Bruno Irles as its new coach on Monday after Laurent Batlles was fired during the midseason break.

Troyes said in a statement that Irles was given a contract until June 2023.

Troyes was promoted last season and is in 15th place after 19 rounds heading into Sunday’s game at fifth-placed Montpellier.

The 46-year-old Irles won two league titles with Monaco as a defender and was part of the coaching staff under Didier Deschamps after retiring in 2003.

The Frenchman then coached Monaco's reserves from 2011-13 and had regular work as a television pundit.