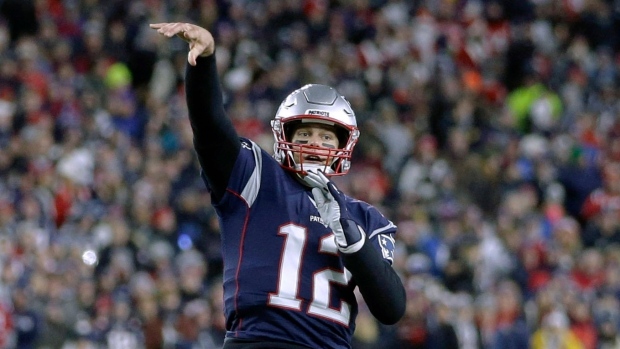 Newly signed Tampa Bay Buccaneers quarterback Tom Brady and his agents have a filed a trademark application for "TB x TB," the slogan the Bucs used when they signed the future Hall of Fame pivot last week, according to ESPN.

The application, filed to the United States Patent and Trademark Office, says it will be used on a wide-range of clothing such a t-shirts, sweaters, jerseys and pants.

After winning six Super Bowl titles over two decades with the New England Patriots, the 42-year-old signed a two-year contract with Tampa Bay this off-season.