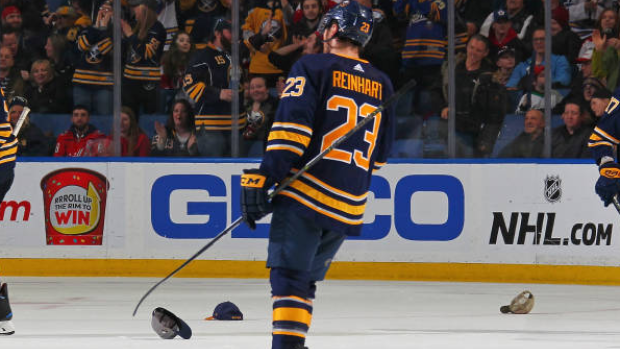 Reinhert signed for $5.2 million and Ullmark for $2.6 million. Reinhart’s arbitration hearing was scheduled for Tuesday, and Ullmark’s for Monday.

The second overall pick in 2014, Reinhart put up 50 points on 22 goals and 28 assists in 69 games during the coronavirus-shortened season. The 23-year-old has 255 points in 400 NHL games, all with the Sabres, and has played in all of their games the past three seasons.

Reinhart ranks second behind Jack Eichel in Sabres points since the two became teammates in 2015.

Ullmark went 17-14-3 in 34 games last season with a 2.69 goals-against average and .915 save percentage. The 27-year-old Swede is expected to again split time in net with Carter Hutton, but could be the Sabres' goalie of the near future.

Buffalo has one arbitration hearing left, on Nov. 4 with winger Victor Olofsson.