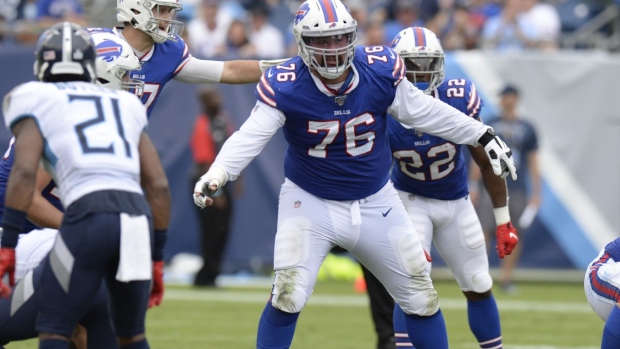 The team announced that guard Jon Feliciano would be out indefinitely following surgery on a torn pectoral muscle.

Feliciano, 28, started all 16 games for the Bills last season.

A native of Davie, FL, Feliciano spent the first four seasons of his career with the Oakland Raiders.

The Miami product signed a two-year, $8 million deal with the Bills prior to the 2019 season.

Feliciano played the entire 2019 season with a torn rotator cuff for which he underwent surgery this past January.

Recovery time for a torn pectoral muscle is normally in the two-to-three month range.

The Bills are set to open their 2020 training camp in August.