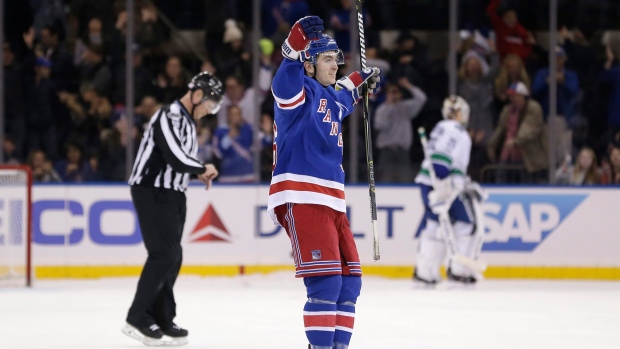 The Buffalo Sabres have acquired Jimmy Vesey from the New York Rangers in exchange for a third-round selection in the 2021 NHL Draft.

Vesey, 26, recorded 17 goals and 35 points last season with the Rangers. In his three seasons with New York, he has 90 points in 240 regular-season games.

He was drafted in the second round (66th overall) at the 2012 NHL Draft by the Nashville Predators. He played four years at Harvard where he totaled 144 points in 128 games and won the Hobey Baker Award in 2016 as college hockey's best player.

Vesey signed as a free agent with the Rangers after his senior season.