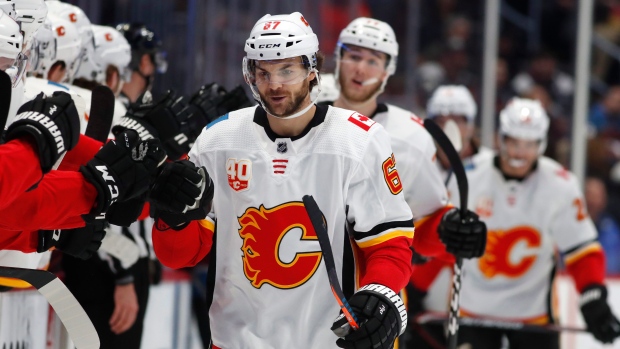 The Buffalo Sabres have acquired forward Michael Frolik from the Calgary Flames in exchange for a 2020 fourth-round pick. The pick originally belonged to San Jose, which was acquired by Buffalo through Montreal in the Marco Scandella trade.

The #Flames have acquired a 2020 4th round pick from the Buffalo Sabres. https://t.co/CU2hZu7o0H

In 38 games this season, Frolik has five goals and 10 points. In five seasons with the Flames, Frolik appeared in 319 games and recorded 63 goals and 145 points.

Frolik, 31, was originally drafted 10th overall by the Florida Panthers at the 2006 NHL Draft. He also had stints with the Chicago Blackhawks and Winnipeg Jets. He won a Stanley Cup with the Blackhawks in 2013.

Flames open up $4.3 M in cap space with the deal. I don’t think anything else is imminent for the moment but obviously it gives them more flexibility to look around ahead of Feb. 24

He carries a cap hit of $4.3 million and will be an unrestricted free agent at the end of the season. There was no salary retained in the deal.