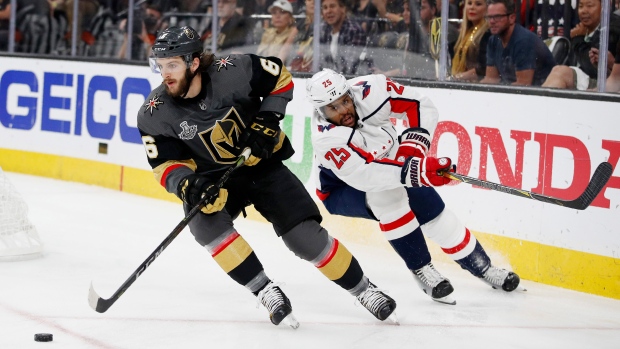 The Buffalo Sabres have acquired defenceman Colin Miller from the Vegas Golden Knights in exchange for a pair of draft picks.

The Golden Knights will receive a second-round selection in 2021 and and a fifth-round pick in 2022.

The 26-year-old scored three goals and posted 29 points in 65 games with the Vegas Golden Knights this past season. He added one goal and three points in six playoffs games as the Golden Knights were eliminated in seven games against the San Jose Sharks in round one.

Miller has three seasons remaining on the four-year, $15.5 million contract he signed with Vegas last season and carries a $3.875 million cap hit.

Drafted 151st overall in the 2012 NHL Draft by the Los Angeles Kings, Miller has 22 goals and 99 points in 250 career games with the Golden Knights and Bruins.

This marks the second time Miller has been traded; the first was in 2015 when he was moved along with Martin Jones and the 13th overall selection in the 2015 Draft to the Boston Bruins in exchange for Milan Lucic.