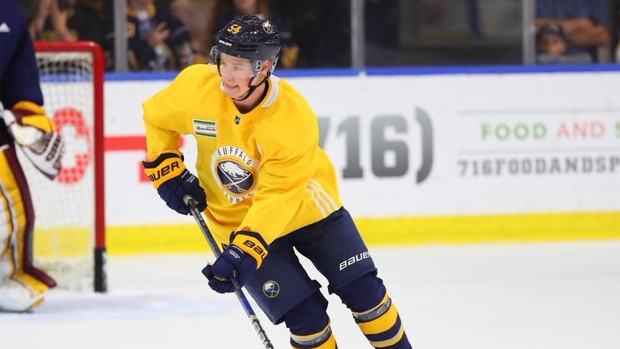 BUFFALO, N.Y. — The Buffalo Sabres have agreed to an entry-level contract with undrafted forward Brandon Biro.

The two-year deal was announced on Wednesday.

The 22-year-old Biro helped lead Penn State to a Big Ten-best 12-8-4 record while serving as the captain for his senior season. The Nittany Lions advanced to the conference semifinals before the season was cancelled because of the new coronavirus.

Though the NHL season is suspended indefinitely, teams can still sign undrafted free agents on the condition that their contracts don't kick in until the following season.

Biro is familiar to Buffalo after taking part in the Sabres development camp in 2018. He was also part of a Penn State program that was re-established in 2013-14 through a $100 million donation made by alum and Sabres owner Terry Pegula.