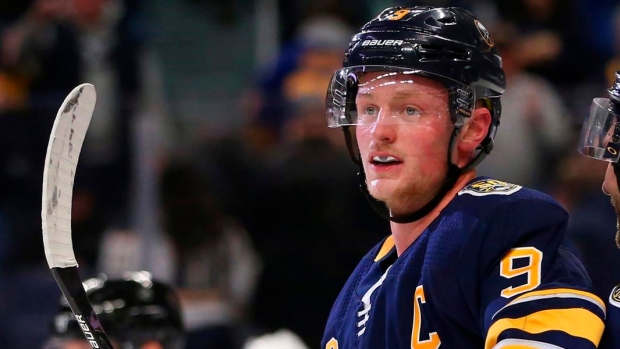 Buffalo Sabres head coach Ralph Krueger said Friday he has no problem with captain Jack Eichel voicing his frustrations, but he hopes to use it in a constructive way.

"I like the anger," Krueger said of Eichel's comments. "I have no problem with people outing frustration on the past. But then let's move that conversation forward, real quick, and let's figure out what we're going to do about it."

We're live with Head Coach Ralph Krueger as he addresses the media at his 2019-20 end-of-season press conference. https://t.co/SgGAseCMwz

Eichel said on Thursday that he was "fed up" with losing, two days it was announced the Sabres would be one of the seven teams not to qualify under the NHL's Return to Play 24-team playoff format.

"Listen, I'm fed up with the losing and I'm fed up and I'm frustrated," Eichel said during a conference call with media. "You know, it's definitely not an easy pill to swallow right now. It's been a tough couple of months. It's been a tough five years with where things have [gone]. I'm a competitor. I want to win every time I'm on the ice. I want to win a Stanley Cup every time I start a season."

The Sabres have missed out on the postseason in all five years of Eichel's career and nine straight in total. The 23-year-old finished with a career-high 36 goals and 42 assists in 68 games this season, Krueger's first with the team.

On Thursday, Eichel credited his continued development to Krueger, the third coach he has had in his short career.

"I'd be lying if I said that I'm not getting frustrated with where things are going and I think we took a step this year, but I will say it's been a pleasure working with Ralph," Eichel said. "He does so much for our group every day. There are tough times and he does an amazing job of...narrowing our focus and getting us back to where we need to be mentally. And just the few times that I've spoken with him, you know, throughout this quarantine, whatever you want to call it, it's been good."

Defenceman Rasmus Ristolainen also credited Krueger for helping him improve this season on Thursday, but noted that he could be traded if the team elects to make changes this off-season. Krueger, however, said Friday does not want to see the 25-year-old moved.