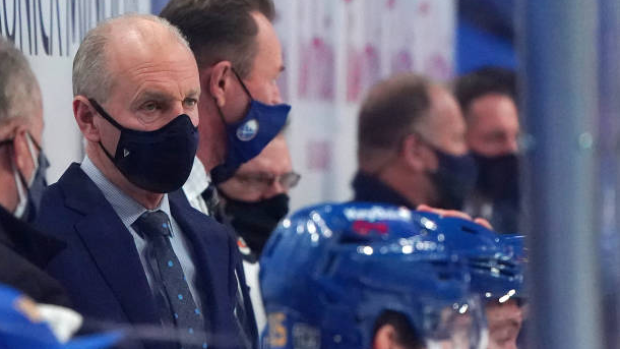 The announcement comes after the Sabres had their games postponed through at least February 8 on Tuesday after Taylor Hall, Brandon Montour, Tobias Rieder and Rasmus Ristolainen entered the league's COVID Protocol.

An update from the Sabres organization: pic.twitter.com/6r7srLO6dT

Krueger, 61, is in his second season as head coach of the Sabres. The team has a 4-4-2 record through 10 games this season. He has a career record of 53-57-17 over three seasons with the Sabres and Edmonton Oilers.