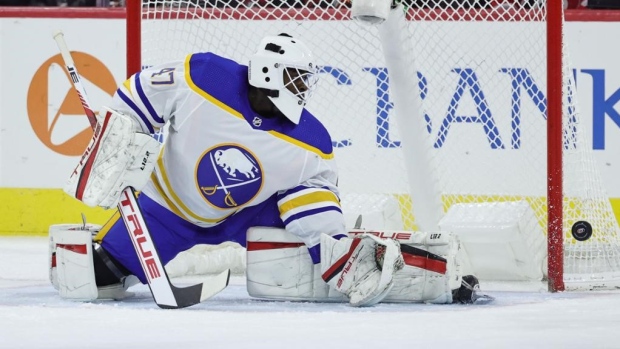 Malcolm Subban's season is likely over.

Buffalo Sabres head coach Don Granato announced on Monday that the 28-year-old goaltender underwent surgery for his lower-body injury and is not expected back this season.

Per head coach Don Granato, Colin Miller has had surgery and will be out at least six weeks.

Malcolm Subban had surgery and it is likely he will not be back this season.

Defenceman Colin Miller also underwent surgery for an undisclosed ailment and is expected to miss at least six weeks.

A native of Toronto, Subban was acquired from the Chicago Blackhawks in December. He had made four appearances for the Sabres this season, going 0-2-1 with a goals against average of .871 and a 4.85 save percentage. He last appeared in a 6-1 loss to the Tampa Bay Lightning on Jan. 11.

Miller, 29, was placed on injured reserve this past Monday. In his third season with the Sabres, Miller has two goals and 10 assists in 32 games this season and was averaging 19:38 of ice time a night.