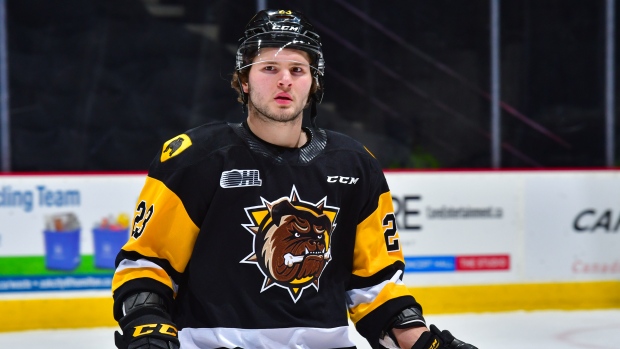 McTavish opened the scoring just 1:49 into the game and the Bulldogs never looked back as they held a 4-0 lead after the first period.

A shorthanded goal from Emmett Sproule at the 10:53 mark of the second period brought Peterborough to within 4-2, but Hamilton would respond and carry a 5-3 lead heading into the third period.

Bulldogs netminder Marco Costantini made 28 saves in the win.

Up next for Hamilton will be the winner of the Mississauga-Barrie series. The Steelheads and Colts are currently all tied up at 2-2.

Elsewhere around the OHL playoffs Thursday, the Soo Greyhounds beat the Guelph Storm 5-4 in overtime to take a 3-1 series lead, the Kingston Frontenacs took a commanding 3-1 lead in their series with the Oshawa Generals after a 6-2 thrashing, and the Windsor Spitfires went up 3-1 on the Sarnia Sting after a 4-1 victory.