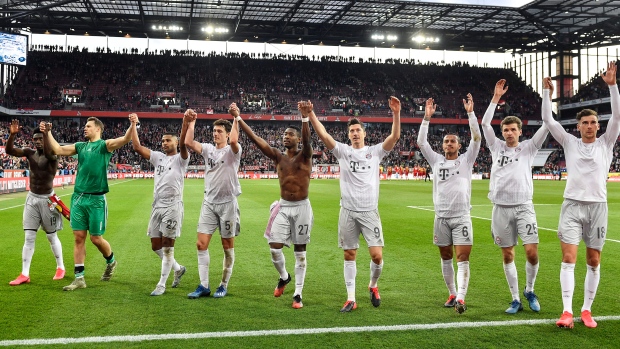 The German soccer league (DFL) announced Tuesday that the 18 clubs’ total revenue of just over 4 billion euros ($4.33 billion) is a 5.4 per cent increase on the season before, as well as the 15th successive year of record revenue.

Clubs across the top two divisions paid a record 1.4 billion euros ($1.5 billion) in taxes and duties to social security institutions during the 2018-19 season. Of the 36 professional clubs, 28 finished the season with a net profit.