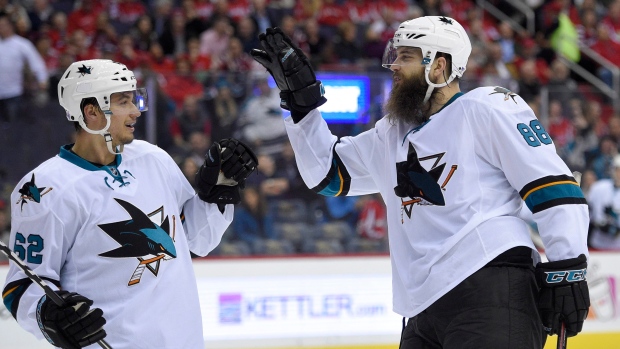 Brent Burns is locked up for the long term.

The star defenceman and the San Jose Sharks have agreed to an eight-year extension. TSN Hockey Insider Pierre LeBrun reports the deal comes with an average annual value of $8 million per season.

"Brent is one the most dynamic players in the National Hockey League and we're very excited to get this deal done," said Sharks general manager Doug Wilson in a release.  "He has worked extremely hard to be an elite defenseman and at six-foot-five, 230-pounds, his abilities on this ice are unique and rare.  I also want to thank Hasso Plattner and our entire ownership group for their commitment to our franchise and the fans in San Jose by stepping forward and making this commitment to Brent."

Burns, 31, has seven goals and nine assists for 16 points over 19 games this season with the Sharks, his sixth with the franchise.